Large-bodied RAF aircraft will be supported by new specialized coolers as part of a multi-million pound contract.

The 25 large aircraft coolers will be used to protect the mission critical systems of E-3D Sentry, Rivet Joint (Air Seeker), Sentinel R1, Poseidon, C-17, A400M, Voyager and C-130. Due to the universal design of the coolers, it is anticipated that they will be suitable for use on future aircraft projects.

Explaining why the coolers are needed, James Wiggins, head of projects for Air Commodities at DE&S, said: “There is a regular requirement for the internal environments of large-bodied aircraft to be conditioned with cool, dry air without running the aircraft’s engines. This allows all aircraft avionic systems to be fully tested and maintenance activities to be undertaken pre-flight. Even in the cooler UK climate, aircraft avionic systems generate a certain amount of heat when operating. If this build-up of heat is not dealt with, it would eventually have a detrimental impact on the serviceability of mission-critical systems.”

The new aircraft coolers will replace an older model, which has reached the end of its service life and costs more to support each year. The replacement solution will provide greater reliability and lower annual support costs. It is more environmentally friendly, as it uses a smaller amount of refrigerant (F-Gas).

The new coolers will be deployed at RAF Waddington, RAF Wittering and on overseas operations.

Air Commodities Delivery Team, part of the Air Domain, placed the contract with Babcock on February 7. Trials of the new coolers, manufactured by JBT AeroTech, will start shortly. The equipment will then enter service at the start of 2021.

Reprinted from the April 2020 edition of desider,
the UK’s Defense Equipment & Support magazine 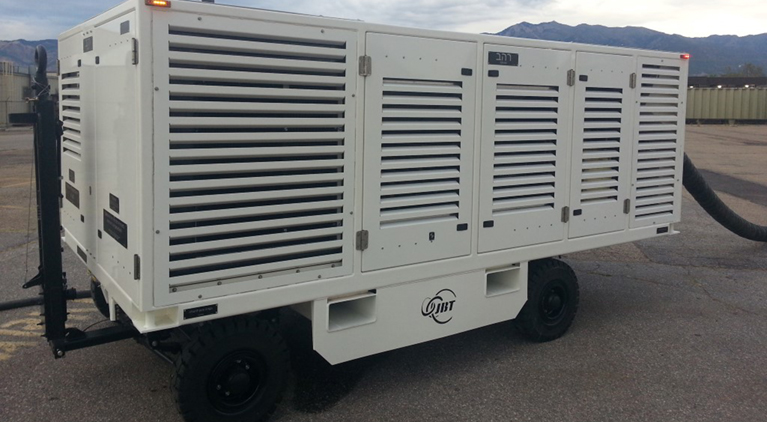 We offer air and power products for cargo, fighter, helicopter, and specialty aircraft for use on the tarmac or in the hangar.

Learn more
In order to work as intended, this site stores cookies on your device. By clicking “Accept All”, you consent to our site providing you with a personalized service. However, you may visit "Cookie Settings" to provide a controlled consent. To learn more about the cookies we use, please read our Privacy and Cookie Policy
Cookie SettingsAccept All
Manage consent